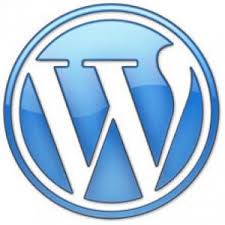 WordPress has come a very long way in a relatively short period of time.  In particular, the releases of the last two years, along with the fast growing base of plugins, have made the platform incredibly flexible for content management.   More and more, WordPress’ blogging features don’t feel like they’re being bent to achieve general content management duties.  It’s been an incredible transformation, to the great credit to the WordPress development team.

But there’s still work to be done.

I am a big fan of making software interfaces as easy as possible, for the simple reason that it increases user success in profound ways.  Small, thoughtful improvements, often boring for seasoned experts and developers, can dramatically improve the results achieved by the enormous base of WordPress users.

The following are my prescriptions for fixing interface design weaknesses in the WordPress control panel:

1. Synchronize the drop down menu on the admin header bar with the admin sidebar menu.

While the sidebar can get a bit long, there is no reason why the admin flyover menu in the omnipresent header can’t match the choices of the admin sidebar menu.

Worse yet, the Appearance/Customize menu choices, largely redundant with the Settings menu choices, muddies the water between standard WordPress display options and theme options.  I don’t have a clear vision for how to better present this to users, but it is confusing and needs restructuring.

Forcing all plugin menu items into a submenu (Plugins/Settings or Plugins/Options), to help users distinguish that a menu choice is from a plugin rather than WordPress itself, would go a long way in this regard.  As an experienced WordPress user, while I am perfectly comfortable diving into an unfamiliar WordPress site, like an inexperienced user, I’m still initially in unfamiliar territory the first time I see the admin menu for a site I’ve never logged into before.  Quickly seeing the plugin options in one menu area would

Plugins authors might feel this hurts their brand visibility, but in the end, they are ultimately better served when users are more successful with WordPress (and the plugins).

Experienced WordPress users may dismiss these as minor issues, or relate to them as “yeah, that bugs me to, but it’s no big deal.”  I often have that reaction  as well.   However, these changes would make WordPress more accessible to beginning users, allowing them to progress more quickly from WordPress basics to understanding the environment and how much control they have over the appearance of their web site.